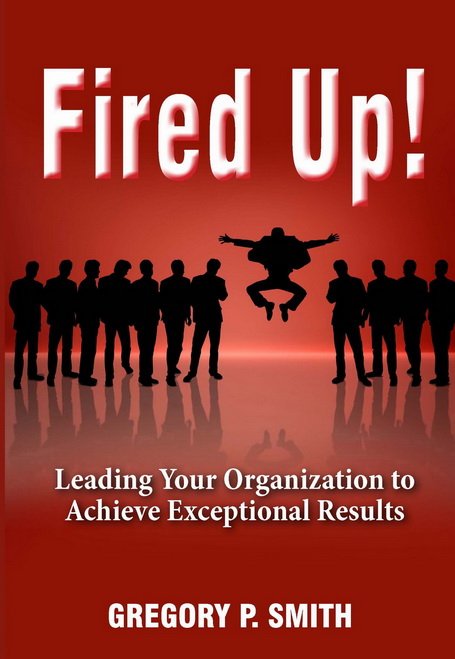 This list includes books that have been selected because they are either extremely popular, frequently referred to, or groundbreaking in business literature. Every HR, OD professional, and management consultant should at the very least be aware of their existence, if not well-versed in their ideas and theories.

Listed in no particular order.

Why? It is hands-down the most popular leadership book of all time. The 7 Habits are: 1) Be proactive. 2) Begin with the end in mind. 3) Put first things first. 4) Think “win/win”. 5) Seek first to understand, then to be understood. 6) Synergise. 7) Sharpen the Saw.

Why? A book that is a favorite among consultants. Going beyond the timeless principles set out in his father’s 7 Habits, Covey provides 13 specific behaviours in rich detail that explain why we hire, reward and promote certain people, but not others. He demonstrates that the ability to build trust is THE key leadership competency of the new global economy. The essence of the book is captured in the quote by Robert Eckert, former Mattel CEO: “As you go to work, your top responsibility should be to build trust.”

Why? It is one of the top selling business books of all time and a favourite among CEOs. In one of the defining management studies carried out in the 90s, Collins and his team complied a list of 1,435 companies in search of those special few that could truly be called “great.” They settled on 11 (and for each one they carefully selected a slightly less impressive “comparison company”). The book is about those special traits that marked the difference between being average and exceptional.

4. First, Break All the Rules: What the World’s Greatest Managers Do Differently (1999)

By Marcus Buckingham and Curt Coffman

Why? Marcus Buckingham and Curt Coffman of the Gallup Organization present the findings of an extensive research undertaking involving over 80,000 managers in over 400 companies – the most comprehensive analysis of employee engagement done in the world. As part of their research, Gallup found 12 things that best predict engagement and performance. It lays out what the world’s greatest managers do differently and is considered essential reading for all managers and HR professionals.

Why? It is one of the most popular and frequently discussed books in HR. The book involves a fictional tale that centres on Kathryn Petersen, Decision Tech’s newly appointed CEO. She faces the ultimate leadership crisis: Uniting a team in such disarray that it threatens to bring down the entire company. The five dysfunctions are: 1) Absence of trust. 2) Fear of conflict. 3) Lack of commitment. 4) Avoidance of accountability. 5) Inattention to results. Lencioni contrasts how dysfunctional teams behave by comparing them to a cohesive team in the case of each of these five dysfunctions.

6. Start with Why: How Great Leaders Inspire Everyone to Take Action (2009)

Why? Sinek entered mainstream business awareness with his TED talk, in which he introduces a deceptively simple model called “the golden circle” made up of three layers: What (Product), How (Process), and Why (Purpose). According to Sinek, great companies and leaders start with the “Why” layer. Ineffective companies operate only from the other two layers.

7. Drive: The Surprising Truth About What Motivates Us (2011)

Why? It provides a comprehensive (yet very easy to read) summary of four decades of scientific research on human motivation, exposing a startling mismatch between what science knows and what business does. Pink looks at three elements in particular that are central to employee engagement: autonomy, mastery, and purpose.

8. Emotional Intelligence: Why It Can Matter More Than IQ (1995)

Why? Studies show that a person’s emotional intelligence (the ability to manage one’s own emotions and the emotions of others) is not only more important than their IQ, but the single most important variable in career and life success. This is the book that launched the idea of EQ into the public domain. The 5 domains of EQ are: 1) Self-Awareness, 2) Self-Regulation, 3) Motivation, 4) Empathy, 5) Social Skills.

9. The Fifth Discipline: The Art and Practice of the Learning Organisation (1990)

Why? Senge, a lecturer in leadership at the MIT Sloan School of Management, became a household name to mangers with the release of The Fifth Discipline. In the book, he focuses on the importance of “systems thinking” to help transform a business into a “learning organisation.”

Why? It is a must-have for every HR and L&D pros’ library and toolkit. This is the bestselling bible of the coaching industry, which popularised the most influential model of coaching: the GROW model. John Whitmore worked with Timothy Gallwey, who are both considered the co-founders of modern business coaching. Written in simple, common sense language and applicable for any manager.

Why? It is considered by many as a seminal work and a must-read for anyone involved in change management. A Harvard Business School professor, Kotter emphasises a comprehensive eight-step framework that can be followed by executives at all levels. The eight steps are: 1) Create Urgency, 2) Form a Powerful Coalition, 3) Create a Vision for Change, 4) Communicate the Vision, 5) Remove Obstacles, 6) Create Short-term Wins, 7) Build on the Change. 8) Anchor the Changes in Corporate Culture.

12. The Effective Executive: The Definitive Guide to Getting the Right Things Done (1967)

Why? Peter F. Drucker is considered the most influential management thinker ever, and the one who introduced the term “Knowledge Worker.” The author of 39 books, his ideas have had an enormous impact on shaping the modern corporation. Drucker passed away in 2005. This is one of his most popular books.

Why? This book is given to students as required reading in many MBA programs and business schools. Using the lessons of successes and failures from leading companies, Christensen presents a set of rules for capitalising on the phenomenon of “disruptive innovation.”

Why? Dave Ulrich is considered the #1 most influential international thought leader in HR. In this book, Ulrich lays out the role of the “strategic partner” and challenges HR professionals to define the value they create. Ulrich has since gone on to author many best sellers including The HR Scorecard and The HR Value Proposition, but Human Resource Champions remains an ever popular classic in the field of HR.

Why? The respected but controversial former CEO of General Electric discusses the philosophies and strategies at the core of his leadership style that helped see GE’s value rise by 4000% during his tenure. Welch is perhaps the most famous CEO-turned-leadership-author and a vocal advocate of HR. Some of his core ideas include busting bureaucracy, injecting candour throughout the workplace, and relentlessly rewarding the sorts behaviours you want while swiftly stamping out those you don’t. You may disagree with some of his ideas, but he remains an influential thought leader whose beliefs are shared by many CEOs and thus worth getting to know.

The Iconoclastic CEO of Zappos shows how a different kind of corporate culture can make a huge difference in achieving remarkable results — by actually creating a company culture that values happiness –and then delivers on it.