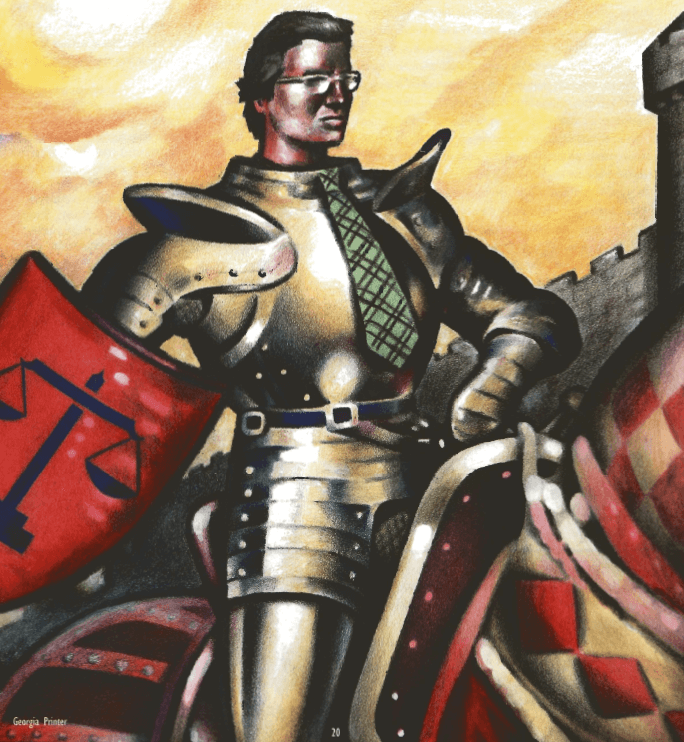 “Gladiator virtues” like bravery, integrity and vision can help your company rise from mediocre to extraordinary.

Remember the heart-pounding, soul-stirring message of the movie Gladiator? Remember how Maximus, the Russell Crowe character, rallied his men around him and led them to victory, even in the face of almost certain defeat? Remember his “envision the goal” technique for getting through the horrors of battle? Now, consider the leadership in your own company. Any gladiators in the ranks? Are you a gladiator?

The time is right for a more heroic style of leadership. Desperate times lend themselves to the rise of gladiators. Instead of seeing today’s economy as a negative, executives should view it as an opportunity in disguise—a chance to position your organization for the inevitable economic upswing. Here are eight virtues of Gladiator Leadership.

1. Gladiators have a mission for which they feel real passion. Call it a purpose, an obsession, a calling: whatever the terminology, good leaders have a defining mission in their life. This mission, above all other traits, separates managers from leaders. In Gladiator, Maximus lived for the mission of killing the evil usurper Commodus and restoring Rome to the values that made her great.

2. Gladiators create a vision. Having and communicating a clear picture of a future goal will lead to its achievement. Dare to think great! Maximus helped his fellow gladiators see that they could overthrow their enemies and survive the horror of the battles they were forced to participate in. In business, a leader may create an “enemy”—the economy, the competition, inefficiency—to challenge the energies of his or her people and give them something to fight for.

3. Gladiators lead from the front—they don’t dictate from the back. In the movie, both when Maximus was a general and a gladiator, he fought up front where the firestorm was heaviest. So does a good business leader. Working “in the trenches” shows you’re not afraid to get your hands dirty, it helps you fully understand the issues your “soldiers” are facing, and inspires loyalty in your troops.

4. Gladiators know there is strength in teams. Where would Maximus have been if he had not trusted his men to fight with him and cover his back? Likewise, where would you be without your employees? While the gladiator leader has the skills to draw people together, he doesn’t hog the spotlight. He has care and compassion for his team and wants every member to be recognized for his or her efforts. This is especially important in a time when the old style “command and control” structure is waning. Younger workers (Generations X and Y) tend to be loyal to their coworkers rather than the traditional “organization.”

5. Gladiators encourage risk-taking. In the Roman Empire, gladiators were expected to die with honor. Refusing to lie down and let one’s opponents win was bucking the status quo. (And certainly, killing the reigning emperor—however corrupt—simply was not done!) If a company does not examine its way of doing things, if it does not push out its boundaries, if it never makes mistakes, it may become road kill.

6. Gladiators keep their heads in a crisis. Maximus had to think on his feet and refuse to give into terror and panic. He faced the most formidable foes calmly and with focus. Business leaders must do the same. They must take a position and defend it when things go awry. Being graceful and brave under fire is the surest way to build credibility—a necessity for sound leadership. Gladiators don’t retreat due to the slowing economy, but look for the opportunity under their feet.

7. Gladiators prepare for battle 24 hours a day. Essentially, a Roman gladiator was a fighting machine. To stay alive, his mind had to be constantly on the upcoming battle. Business leaders, likewise, must be obsessed with training and developing their people in good times and bad. People need and want to hone their individual skills and “sharpen their swords.” Furthermore, good leaders must constantly learn what’s necessary to survive and unlearn the “old rules.” Just because a management style worked a decade ago does not mean it will work in today’s economy—good leaders evolve with the times.

8. Gladiators are teachers and mentors. Maximus taught his soldiers the lessons they would need to survive in their new role as gladiators. In today’s rapidly changing environment, leaders must also teach and train those who may soon replace them. We are not necessarily talking about formal classroom training. We need leaders talking to people in the hallway, in the restaurant . . . everywhere. Everyone should be mentoring someone.

Do you have what it takes to be a Gladiator Leadership? Take our free assessment and see how you score.

Gregory P. Smith is a nationally recognized speaker, author, and business performance consultant. He has written numerous books including, Fired Up!  Leading Your Organization to Achieve Exceptional Results. Greg has been featured on television programs such as Bloomberg News, PBS television, and in publications including Business Week, USA Today, Kiplinger’s, President and CEO, and the Christian Science Monitor. He is the President of a management-consulting firm called, Chart Your Course International, located in Durham, North Carolina. Phone him at 770-860-9464. Sign up for his free Navigator Newsletter and get new business ideas every month.