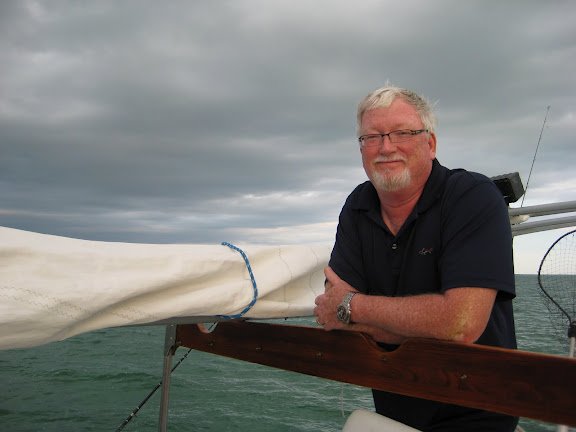 THE SINKING OF THE TITANIC

An Analogy of Failed Leadership

The Sinking of the Titanic Provides Lessons for Leaders

“We have struck iceberg … sinking fast … come to our assistance.” On a cold evening in 1912 that message came blistering across the airwaves. Before they tapped the last bit of Morse code, those words became the epitaph over the lives of the 1,200 people lost on the Titanic. The ship was doomed as it slowly sank into its watery grave. Why did the largest, most advanced ship of its time sink?

Those of us who study history or remember the movie may know why. It wasn’t the iceberg that caused the disaster. It is clear in my mind the real cause was failed leadership.

Leadership is Responsible — Leadership is responsible for everything the organization does or fails to do. Leadership is more than a wooden figurehead. A leader is not a position, job title, or in this case, the captain of the ship. Leadership is not about power, ego or pride. Leadership is ever-present, touching, motivating, talking, checking and removing barriers, training, preparing, breathing and moving about.

The Titanic’s ill-fated voyage was Captain E.J. Smith’s retirement trip. He was headed for the easy life. All he had to do was get to New York. God only knows why he ignored the facts, why he disregarded seven iceberg warnings from his crew and other ships.

The Titanic still rests on the bottom of the ocean, but we can resurrect the truth and apply a few lessons learned to help us become better leaders.

The Biggest Is Not the Best — Today’s businesses must change course quickly. It took over 30 seconds before the Titanic turned away from the iceberg, but by then it was too late. The larger an organization becomes, the greater its inflexibility. The more difficult and cumbersome it is to steer, to direct and to change course. Large businesses soon grow into huge bureaucracies where rules, regulations, policies, procedures and “I need permission to make a decision” become the norm.

Rank Has Its Privileges? –– Ranking is good for command and control, but not good for change and innovation. Ranking people limits their potential. Today, businesses rank and classify people — sometimes unintentionally. Whether it is reserved parking spaces for the privileged or being categorized as blue collar, white collar, temporary, part-time, those with cubicles or those with offices, the results are the same. Clear the lines between the classes and make everyone feel they are rowing in the same direction, for the same purpose. In a disaster, everyone is equal.

The Truth Changes — The Titanic was unsinkable, so they thought. The ship designers were so confident in their ship they only had enough lifeboats for half the passengers. The thinking that made us successful yesterday will cause us to fail tomorrow. Our unlearning curve must be greater than our learning curve if we are going to succeed.

Technology Makes a Poor Substitute for Authentic Leadership — When technology fails, leadership must prevail. Years before the Titanic’s voyage Captain Smith said, “I cannot imagine any condition which would cause a ship to founder. Modern shipbuilding has gone beyond that.” Many businesses today have placed the wrong people in charge. They are not leaders, but managers. So when disaster strikes, who is going to step up and lead? Or will your technology cause you to shipwreck and pull you under?

Leadership is About Training and Development — As the stern of the Titanic lifted out of the water, the crew and passengers struggled with the lifeboats. There had been no drills, no rehearsals, and the crew stood unfamiliar with their responsibilities. The boats were improperly loaded and only one went back to try to recover survivors. A good leader helps people improve their skills so they can become more productive.

What Lies Below Is More Destructive than What Is On Top — The greatest dangers lie unseen below the surface. That night in 1912 the water was smooth like glass — and deceptively dangerous. The iceberg lurked below. Like steel fangs, it tore at the rivets along 300 feet of the Titanic’s hull. Those below, the crew and steerage, felt and saw the damage first. Like a gasping breath, the steam billowed above as chaos reigned below. Then and now, those who know what’s wrong with your “ship” are those below decks. Those people on the frontline usually have the best ideas and solutions to your problems. Consider asking them for their ideas and suggestions before catastrophe strikes.

Leadership Looks Beyond the Horizon — A good “Captain” is constantly on the lookout for shifting trends, submerged rocks, storms and icebergs. Wal-Mart founder Sam Walton identified and met a need while other retailers did not. Apple saw the need for the iPod while others were still happy with CD players. The vision of the Sony Walkman existed in Akio Morita’s mind well before it entered the mind of the competition. Get the picture? Be on the lookout, scanning the horizon for the next wave of change instead of waiting for it to hit you in the face.