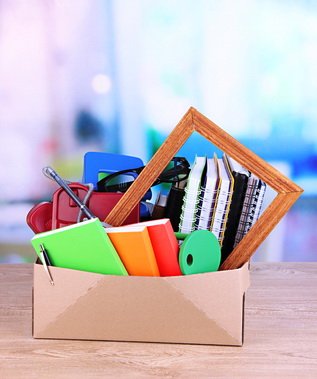 About 10 million Americans earn between $40,000 and $80,000 annually, according to Pew Research data. If you’re sick of your boss, office politics or being 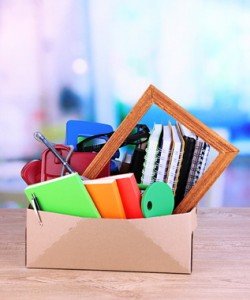 underappreciated, maybe you’re thinking it’s time to leave your middle-class job. Leaving a position that pays the bills is a big decision, however. Some reasons to seek greener pastures are better than others, so make sure you weigh all the pros and cons.

More Money at a New Position

Excelle, a Monster.com community that targets professional women, asked both a Gen Xer and a baby boomer if they would leave their current job for a similar one with a 10 percent raise. Ms. Gen X said she’d be out of there in a heartbeat, while Lady Boomer said leaving for money alone is a bad idea. Both arguments have merit.

The average wage for nonsupervisory workers not employed by the government dropped from $8.85 an hour in June 2009 to $8.77 four years later, according to the U.S. Department of Labor. Now, companies are more in the habit of firing workers when times get tough, rather than cutting wages to compensate for their losses as in the Reagan era, Federal Reserve data demonstrates.

The opportunity to earn more money in a still-reeling economy is difficult to pass on. Is the raise worth all the things you will be giving up? You’ve got good friends at work, a free gym membership and the ability to take two-hour lunches every now and then. Perhaps you live close enough to walk to your current gig. The extra money may buy temporary happiness, but make certain you’re not relinquishing contentment for a few extra bucks.

“I’m Sick of This Place”

During the past two weeks, they moved your cubicle to a high-traffic area, changed your hours and promoted the girl who’s been there for six months instead of you. Though you’d love to just march into the boss’ office and say “I quit,” that’s simply not realistic.

Jayne Mattson, senior VP of the career management firm Keystone Associates, told CBS Moneywatch that if you’re willing to walk off a well-paying job, the problem may go deeper. If it’s gotten to the point you simply dread showing up everyday, it may be time for a career change altogether. Take notes during your 40-hour work week and highlight what is making you so upset. If it’s some peripheral factor and not a function of the job itself, it’s best to try to work out the offending issue(s).

Regardless of circumstances, you can’t quit your job without having another one lined up. The only exception? If you have your living expenses covered for at least six months. Maybe you could use funds from your savings account or liquidate future structured settlement payments. Quitting a job without another lined up and no means to support you and your family will likely spell disaster, so tread carefully.

A good job is one that not only supports you and your family, but also gives you a sense of accomplishment and self-worth. When one of those factors is no longer available, then it may be time to start perusing the job boards.