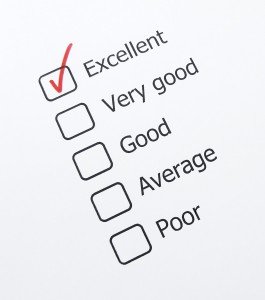 Businesses in the hospitality and food and beverage industries face many challenges. They ride the ups and downs of the economy more closely than the healthcare, government, or high-tech sectors, and average two to three times the rate of employee turnover, according to 2012 numbers from the Society for Human Resource Management.

One small business in Georgia continues to overcome these hurdles. Futren Corporation is a private-club management and operations company with around 200 employees, based in Marietta, Ga. Despite industry challenges and the 2008 recession, Futren has continued to prosper and expand. The company manages Indian Hills Country Club and The Georgian Club in Marietta, and acquired Woodland Hills Golf Course in Cartersville in February 2013. Past projects have included the Ashford Club, Brookstone Golf & Country Club, World Trade Center Atlanta, City Club of Buckhead and the 1818 Club.

Futren attributes its success and low turnover rates to numerous factors, but foremost to its commitment to be “more than fair” with its employees, treating them as people first. “We try not to just say that we care, or rely on gimmicks or cheerleading,” said Futren CEO and President Mitch Rhoden. “We want to demonstrate with our actions that we are looking out for their best interest.” Futren also stands by its corporate commitment to service through its business, and in its community.

Rhoden is a second-generation executive. His father, Jim Rhoden, purchased Indian Hills Country Club from Continental Bank in 1978. The country club lies in the heart of Indian Hills subdivision, a massive development with more than 1,600 single homes. Over the years, other projects followed, as well as the founding of the National Alliance of Private Clubs, which has 41 member-clubs in Georgia and 700 worldwide.

Here are some steps Futren takes to create a high-retention, high-performance organization: