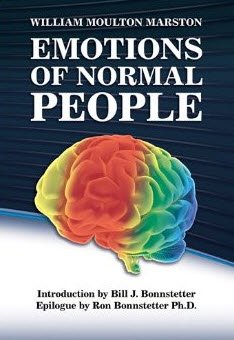 While most understand how the theory works now, in today’s world, true DISC experts understand where the original DISC came from. Those with the most advanced grasp of DISC have taken the time to study the foundation built by its inventor, William Moulton Marston (1893-1947). Marston, was a psychologist, a lawyer and a Harvard professor. He was also a feminist, the inventor of the lie detector test, a scientist relied upon by the CIA and, astonishingly, the creator of Wonder Woman. Were he alive today, William Moulton Marston would be astounded by the turn of events that made his DISC theory, first explained in “The Emotions of Normal People”, the most well-used psychological theory at work in business today. It’s worth celebrating. That’s why we are re-issuing “The Emotions of Normal People” with a new foreword by TTI Chairman Bill Bonnstetter and an epilogue by Dr. Ron Bonnstetter, TTI vice president of research and development. The book provides the public another chance to understand DISC theory from the man who developed it more fully than any other to that point. In the new introduction, Bill Bonnstetter shares personal stories about how, when and why he first began using DISC theory.

He also describes his initial work applying DISC to business and sales strategies and how his ideas were adopted by pioneering companies 30 years ago. Bonnstetter relates how his interpretations of Marston’s theories lead to the creation not just of his company, but also of the further development of the assessment industry. The epilogue focuses on the next evolution of DISC theory, the validation of the soft-science theoretical into the hard science neurological and how the latest in EEG studies conducted by Target Training International are bearing out Marston’s psychological theories. 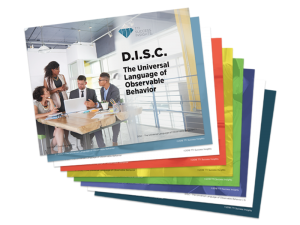