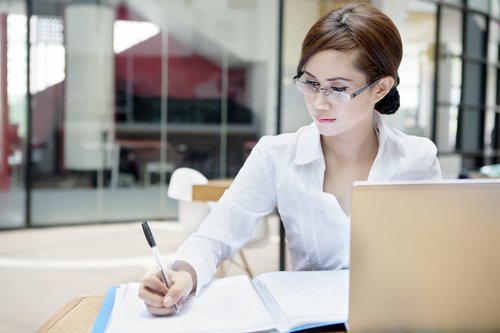 More than half of all Americans are female, yet this gender split is not reflected in today’s job market, especially in more executive-level roles. There is a large body of research indicating the organizational, marketing and financial benefits of an equitable gender mix in management and worker-team groups. Here are some companies doing it right in today’s business world and some ways others can emulate their style.

It’s no secret in today’s workplaces. A significant number of male executives and leaders are employed. In the 1940s and 50s, women represented a small portion of higher management positions, and this trend continued forward until the mid-1960s. While this trend has slowly changed over the years, it hasn’t happened at a rate many would find equitable. Because of this deficit in female leadership, the culture of many companies is male-dominated. In fact, this is the first obstacle a potentially gender-diverse company must overcome. Hilton Worldwide, listed as one of Fortune’s top-100 companies, is doing just that by maintaining a 50-50 split in employee and management positions, as well as fostering a women’s mentorship program.

Companies with diverse gender ratios tend to have a stronger, socially-responsible footprint, especially in righting the wrongs of society. In a study published in the Journal of Business Ethics, researchers found corporate social performance was directly influenced by the gender makeup of the board of directors and that metrics indicating negative company performance correlated to a lack of diversity. The Walt Disney Co., is one of the most socially-conscious companies in the world, with a focus on social injustice. Thus, it’s no coincidence Disney has one of the highest gender ratios amongst all Fortune 500 companies.

In companies with a strong vertical hierarchy, the gender breakdown of leadership teams plays a small role. But in dynamic companies like Nitto Tires, research shows gender has a colossal, positive effect on performance. Despite the automotive industry being decidedly androcentric, Nitto Tires is finding a new level of inclusion and productivity. Under the leadership of company president Keiko Brockel, who assumed her role in 2013, Nitto Tires, as studies indicate, is finding new communication channels to disseminate information and is expanding its reach beyond the more traditional vertical channels.

The Importance of Balance

University of Amsterdam researchers conducted an experiment in which they created sales teams and randomly arranged the gender ratios throughout the process. The researchers found that gender-balanced teams had the highest rate of sales and greatest levels of productivity. Since these are the most important metrics for most organizations, balanced teams would seem to be a necessity for various companies and organizations moving forward.

Based on the critical mass theory, researchers are studying whether there is a link between gender diversity and company performance at the management and board levels. To support the idea of a balanced workforce, the productivity versus gender curve looks approximately like an inverted U, with the optimal balance being 50-50 and the critical mass being 30 percent. At the board level, this “magic number” is proving to be an “absolute number,” or minimum, three women serving on a board. Google, Microsoft and Apple all experience this type of critical mass, with roughly three or four women represented on their board of directors. It’s notable the size of the board does not matter, as long as there is a minimum of three women serving.